The Villas at Gervasi Vineyard

The Casa at Gervasi Vineyard is the latest addition to the vineyard/winery/restaurant complex and is designed to help meet the demand for lodging at the complex.

Weekend stays at the Villas at Gervasi – a combination of bed-and-breakfast and hotel suites – have been booked for months in recent years.

The Casa doubles the amount of hotel rooms, as each of the six villas houses four guest rooms.

The Casa, a single-story 18,000 square-foot building, is behind the vineyard's new distillery, The Still House, on the southwest quadrant of the 55-acre estate adjacent to the south vineyard.

The hotel and the The Still House distillery, which opened last year, have what Swaldo calls a "Tuscan-mission" style look, with an off-white stucco exterior that meshes with the existing facilities, Swaldo said. The estimated construction cost for The Case and the distillery is $9 million.

At The Casa, wall niches and Italian tile inlays adorn the interior and exterior of guest rooms.

The hotel has a big lobby with spaces for small spaces for guests. Side lobbies and niches also are available.

Each guest suite boasts a covered veranda with a view and access to a private courtyard and pond and gardens.

Each suite has a king bed and includes a fireplace, two club chairs, a walk-up bar with glassware, heated tile floors, large bathrooms with walk-in shower and heated towel bars.

Also available in each room is a refrigerator and Keurig brewing system, complete with Gervasi Caffe K-cups.

Overnight guests are offered a selection of five Italian-style gourmet continental breakfasts delivered to their rooms.

In-room spa services are available for overnight guests including.

The hotel has an exercise room, as well as laundry facilities.

Also for overnight stays, the vineyard has The Farmhouse, which is the original 1820s-era farmhouse on the property, which accommodates up to eight people in four bedrooms.

A public open house to view the suites in The Casa will be offered from 2 to 4 p.m. Sunday.

Gervasi Vineyard, modeled after a Tuscan estate, opened in 2010 on a former tree farm on 55th Street NE.

It has three restaurants – the Bistro, the Crush House Wine Bar & Eatery and the Piazza – as well as two large event spaces.

Before the distillery and hotel opening, Gervasi Vineyard employed 300 full-and part-time employees year-round. It brings on another 100 workers for the summer.

In 2014, the Swaldo family opened Twisted Olive in Green. It's in a sprawling home off Massillon Road. 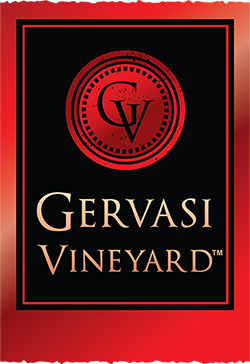