Diriyah, the Jewel of the Saudi Kingdom, Proudly Looks Toward the Future as a Global Gathering Place

Scheduled for to be announced

DIRIYAH, Kingdom of Saudi Arabia, Sept. 30, 2019 /PRNewswire/ – Diriyah Gate, a sweeping 19th century adobe city that is the birthplace of the Saudi nation, will be soon unveiled to world leaders and notable guests as a major educational, cultural, recreational, and hospitality hub on the banks of the Hanifa valley in Diriyah, in the heart of the modern capital city of Riyadh.

Established in July 2017, Diriyah Gate Development Authority (DGDA) is tasked with preserving Diriyah's history, celebrating its community and developing the historic site into one of the world's greatest gathering places and a hub for Saudi culture and heritage, and tourism. To that end, Diriyah Gate Development Authority signed landmark deals with Aman, a luxury resort developer, and the Greg Norman Golf Course Design (GNGCD) Company at the Open Hearts, Open Doors event on September 27 that introduced the splendors of Diriyah to the world.

The boutique Aman hotel will be built in Bujairi, the lifestyle and culture hub of the Diriyah Gate megaproject. Aman resorts are among the world's most exclusive and renowned for their luxury, personalized service; with no lobbies, bellboys, or reception desks, Aman has upended the typical model of the hospitality industry. Its Diriyah Gate property will have spectacular views over the At-Turaif UNESCO World Heritage Site. Meanwhile, the 27-hole Wadi Safar Golf Course will be designed by the GNGCD, one of the world's leading golf course developers, in an exclusive residential district being developed by DGDA in a verdant valley west of Riyadh.

The Diriyah announcement comes as the Kingdom releases details of its new eVisa system, which also came into effect September 27. A key step in realizing Saudi Arabia's ambitious tourism strategy, the eVisa, currently available to citizens of 49 countries, will open the Kingdom's wonders to tourists, and especially those visiting for non-religious reasons, for the very first time.

While Saudi Arabia is the Middle East's second biggest market for tourism, until recently this has been almost exclusively religious tourism. Under the Kingdom's ambitious Vision 2030 strategic plan, tourism has been identified as a major growth sector, with Saudi Arabia making huge strides in opening up in recent years with the introduction of tourism visas and a wide range of cultural festivals, concerts and sporting events. 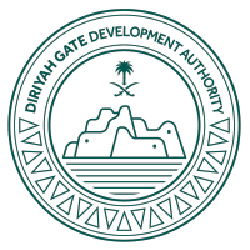 At the Diriyah Gate Development Authority, we celebrate the Kingdom of Saudi Arabia’s historical footprint by allowing the jewel of the Najd region – Ad Diriyah – to shine brightly as a hub for culture and heritage.
more information
Hotel Details