The Bodmin Jail Hotel will open in February 2021

The Bodmin Jail Hotel is set to open its doors in February 2021 after a 50m transformation project that has seen the historic jail converted into a luxury hotel.

The development has been under construction for the last two years in a project spearheaded by Mallino Developments Limited and once open, the hotel will be managed by Interstate Hotels & Resorts.

The Bodmin Jail Hotel will comprise 70 bedrooms which have been created by combining three cells, a restaurant, bistro, alfresco dining space and a cocktail and gin bar offering over 100 gins from around the world.

The hotel is the first phase in the redevelopment of the site. A spa and glamping facility will open in late 2021, while plans are also in the pipeline for a hospitality academy to support Cornwall's tourism industry.

London-based Twelve Architects & Masterplanners are behind the considered design while C Field Construction, as main contractor, along with engineers from ARUP Group, have turned the design into reality.

As part of a separate £8.5m investment, the world-class Bodmin Jail Attraction - which is located on the same site in the heart of Cornwall, but is operated independently to the hotel - opened in October 2020 featuring a brand-new Dark Walk experience. 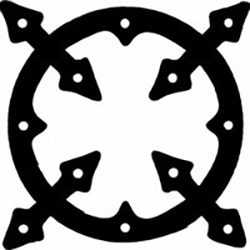 We formed Mallino Development Limited in 2014 to undertake projects in the UK. The redevelopment, refurbishment and extension of the Bodmin Jail attraction in Cornwall is our flagship scheme that will return a national heritage asset to its former glory and provide tourism income and additional employment to the town.
more information
Hotel Details