The Breakers of Long Beach

Anthony Melchiorri, the hospitality expert and television personality behind Hotel Impossible and founder of Argeo Hospitality, has partnered with Long Beach-based development company Pacific6 to bring the historic Breakers Hotel back to life nearly 35 years after closing as a hospitality venue. The Long Beach landmark, best known for its storied reputation as a go-to destination in the early 20th century, will be reborn in 2023 as it reopens to its former glory as the jewel of Long Beach.

Part of Long Beach history for nearly 100 years, The Breakers Hotel was built in 1926, and became a beacon of prosperity for the city. It since stood witness as Long Beach evolved into the international city it is today. As Long Beach experiences a local renaissance, Pacfic6 identified the need for an iconic hotel for the town's burgeoning conventions and tourism industries, sparking The Breakers' $150 million renovation.

Argeo Hospitality and Pacific6 are working to restore The Breakers Hotel into a boutique luxury destination, while preserving its unique history, staying true to its famed roots, while incorporating what people go on vacation for…fun. Many elements of the hotel will remain original, including the exterior, and areas like the lobby will maintain its historical elegance with its original opulent columns and ornate plaster ceilings. The famed Sky Room restaurant will also reopen with the hotel, featuring a revamped menu led by Michelin Star Chef Joe Isidori, who will also oversee the Hotel's other dining options.

In addition to its 185 guest rooms and suites, the revival of The Breakers will also introduce new amenities to the hotel, created with the same passion and purpose that the 15-story building exudes. What was once Long Beach's best-kept secret, the El Cielo cocktail bar will be reimagined as the town's only rooftop terrace with 360-degree seaside views and an innovative cocktail menu. The Breakers will also bring Long Beach's history of jazz music back to life with The Six, an intimate jazz club and whisky bar. A brand-new pool will be added to the third-floor terrace with views overlooking the fountains of the Performing Arts Center and Long Beach's only luxury hotel spa, featuring nine high-end treatment rooms and a two-level fitness center. 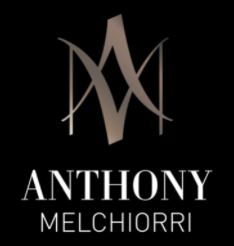 As an Anthony Melchiorri company, Argeo Hospitality offers the resources and expertise of the hospitality industry’s foremost consultant to assist you in achieving your business goals. We specialize in developing personalized solutions unique to your business, and our distinctive approach—both direct and sincere—will help you to overcome obstacles, grow your business, reposition your brand, or expand to a larger market.
more information
Hotel Details