Oakwood expands its global hospitality portfolio, opening Australia's first Oakwood Premier property this October at 202 Normanby Road, Southbank, Melbourne. Pioneering the concept of serviced apartments for over 50 years now, Oakwood has established more than 80 properties globally, with Oakwood Premier Melbourne being the 10th Oakwood Premier property and first in Australia to open. This property is nothing like what the city currently offers, striking a fine balance between classic and contemporary design features. The impeccable facilities and thriving dining areas both have exquisite 360-degree views of Melbourne, overlooking Albert Park, Port Phillip Bay, the CBD and Williamstown, with each room bundling together luxury and comfort.

Developed by the team at Yarra Hotel Group, Oakwood Premier Melbourne is a brand new 40-storey building that has been in development since 2017. The building will showcase 392 rooms and serviced apartments alongside Sky Bar Melbourne, a rooftop bar with 360-degree views of the city. Staying true to Oakwood's offering, this property caters to guests of all needs. 132 of the rooms have been designed for transient guests on short stays and the remaining 260 apartments are made up of studios, one and two-bedroom apartments for mid to long-term guests that range from 35 to 85 square metres in size.

Oakwood Premier Melbourne will also have an all-day dining restaurant, a premium bar in the lobby, state of the art indoor/outdoor fitness centre, three private meeting rooms, two large multipurpose function areas, a co-working space and a lounge and games centre fitted with modern entertainment for those seeking activities like as snooker or video games. Guests will also be able to relax outside and watch Melbourne thrive at either of the two outdoor lounge green oases on levels five and six.

Catering primarily to executives and business travellers, guests will have access to innovative tech and communications devices in their rooms along with a newly launched room service feature to make their stay special. In addition to this, Oakwood Premier Melbourne showcases art installations and waterfall features in and around the property, which pay homage to key Melbourne landmarks. Ultimately, Oakwood Premier Melbourne completely transforms what consumers traditionally know to be included in standard serviced apartment stays, catering to guests of all ages and it is nothing short of impressive. 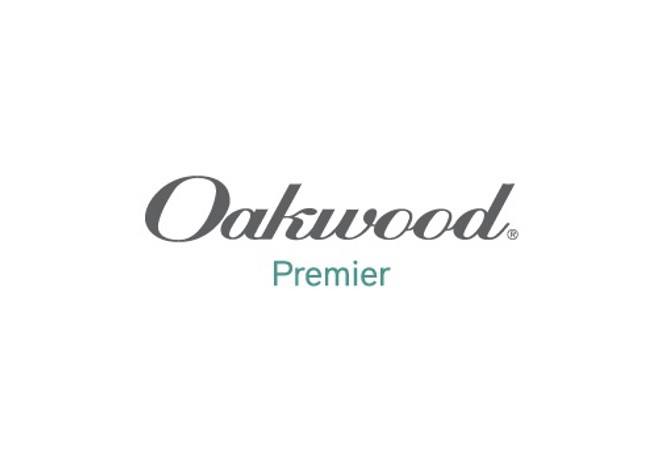 Oakwood Premier: luxury living for the discerning Aimed at the sophisticated traveler, Oakwood Premier is the perfect choice for those who seek indulgence and style. The impressive serviced apartments combine all the amenities and services of luxury hotels in a tranquil and comfortable haven, evoking a feeling of home.
brand information
Brand Owner

Oakwood, a wholly owned subsidiary of Mapletree Investments, is a leading brand in hospitality management. A pioneer of the extended stay segment, Oakwood manages a global portfolio of award-winning properties that combine the s pace and comfort of a private residence with the thoughtful services and amenities of a hotel, ideal for both short and extended stays.
more information
Hotel Details