Appointed Hotel Manager
At One to One Down Town Jeddah , Saudi Arabia 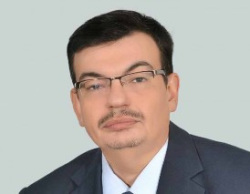 Alich has held hotel manager roles for the last 11 years and joins from his role as hotel manager with travel company Qasswa for Haj & Umra in Makkah, which he held for three years. He was also hotel manager with Crom Hotels & Resorts for eight years, and prior to that was hotel manager at Manazil Al Tahlia Hotel suite in Jeddah. Alich comes from a sales & marketing background, having held positions with Lafontaine Hotel & Resort Co., Mövenpick Al nawras Resort, and Red Sea Place Hotel. He began his hospitality career in 1997 as front office manager at Al Shohadah Hotel in Makkah. Commenting on this appointment Philippe Harb, COO of One to One Hotels, said: “This year we have announced two exciting destinations in KSA and with Hassan on board, we are looking forward to having our first flag in Jeddah operational in Q4 2015. One to One Hotels & Resorts operates 920 rooms in Makkah and Jeddah. One to One Down Town Jeddah has 70 rooms and is located in Jeddah’s historical district, five minutes from Jeddah Islamic Port.

One to One Hotels

more information
Recent Appointments at One to One Hotels

10 February 2016 — Abu Dhabi-based hotel operator, One to One Hotels and Resorts, has appointed two new executives to support the chain’s rapid expansion plans in Saudi Arabia. Ansal Thaha has been appointed as the regional operations manager for the Marbia Suites One to One Hotels & Resorts.
read more

11 June 2015 — Magdy Ayoub was recently appointed as the new cluster general manager for One to One Hotels & Resorts’ Saudi Arabia properties. Having been living and working in Saudi Arabia for eight years, Ayoub was previously pre-opening GM of Concorde Makkah Hotel from September 2014 until April 2015, and before that he was general manager of Drnef Hotel, Makkah.
read more