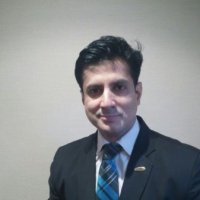 Anil Chavan has been promoted to the position of associate general manager, Oakwood Premier Mumbai, where he was previously director of sales and marketing. Anil has been with Oakwood Premier Mumbai since November 2009 when he started as associate director of sales, before being promoted to director of sales, then director of sales & marketing. With 17 years’ experience in the travel and hospitality business, his hotel career included stints with Marriott Hotels & Resorts, Le Royal Meridien, InterContinental and Marco Polo. Besides India, Anil has worked in Dubai and speaks English, Hindi and Russian. Anil holds a post-graduate Management in Marketing qualification from the Wellinkars Institute of Management, after graduating with a Bachelor of Arts, in Philosophy, from the University Of Mumbai.

Oakwood, a wholly owned subsidiary of Mapletree Investments, is a leading brand in hospitality management. A pioneer of the extended stay segment, Oakwood manages a global portfolio of award-winning properties that combine the s pace and comfort of a private residence with the thoughtful services and amenities of a hotel, ideal for both short and extended stays.
more information
Recent Appointments at Oakwood