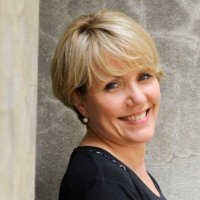 Donnita Maher has been appointed Director of Sales and Marketing for Rydges South Bank and Paige Smith has been appointed Conference and Events Sales Manager. Both bring considerable industry experience to their respective roles, and will work across Rydges Hotel, the award-winning Bacchus Restaurant and Soleil Pool Bar. One of the industry’s leading operators, Donnita Maher takes up the newly created role of Director of Sales and Marketing at Rydges South Bank, backed by a wealth of industry experience. She was worked with Brisbane’s leading five star properties, as well as the Brisbane Convention and Exhibition Centre and is well versed in the business of hotel management, and the conferencing and events sector. As the baton-bearer for one of the city’s leading hotels, and certainly one preferred by visiting stars from all walks of life, Donnita has worked with some of the biggest names in the business, from Prime Ministers to Pavarotti, celebrity chefs to Muhammad Ali and Queensland’s winning State of Origin team. She commenced with the hotel in February of this year, managing a 10-person team across both Sales and Conferencing & Events and is responsible for business development and sales strategy, special events, marketing and communications.