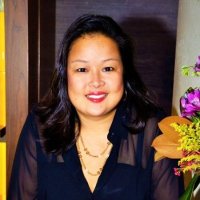 Kimpton Hotels & Restaurants is excited to announce the appointment of Linda Chin as the Director of Operations, New York City. In this role, Chin is responsible for overseeing the four best loved hotels in the area: 70 Park Avenue, Eventi, Ink48 and The Muse. Chin has more than 18 years in the hospitality industry, specializing in the upscale and luxury hospitality market. Chin received the regional position after serving as general manager of Ink48, a Kimpton Hotel in Manhattan’s Hell’s Kitchen neighborhood, for four years. Her first general manager role within Kimpton was at Onyx Hotel in Boston. As a longtime member (over 16 years) of the Kimpton family, Chin has also held various roles in management, sales and marketing at The Muse Hotel in New York, The Nine Zero Hotel in Boston and the former Pacific Palisades Hotel in Vancouver and Summit Lodge & Spa in Whistler. Beyond Chin’s job responsibilities, she is an active volunteer and supporter of the company’s charity partner, Dress for Success. During her time at Ink48, Chin also forged a strong partnership with New York’s Hartley House community center and was honored at the organization’s 2015 Spring Benefit Gala for ‘Philanthropic Excellence.’ Chin also assisted in the development of the Boston Chapter of the Kimpton Women’s Group and is an active participant in the Kimpton Mentor Program. Chin was born in Vancouver, Canada and has a degree in Hospitality Management from Vancouver College. Other accolades include a Certificate in Internet Marketing from the University of British Columbia, Diploma in Tourism Marketing Management from the British Columbia Institute of Technology and recipient of an Intermediate Certificate, Wine & Spirit Educational Trust.