Appointed General Manager of Food and Beverage
At The Imperium Collection in Melbourne, Australia 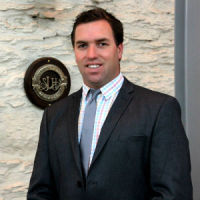 The Imperium Collection has appointed Tom Macaulay as its General Manager of Food and Beverage as it undertakes further expansion plans that cater to the increased high net worth demand in New Zealand’s premier alpine town. Tom has most recently spent eight years as the operations and bistro manager of award-winning Amisfield Winery Bistro in Queenstown, where he notably escorted the visiting Duke and Duchess of Cambridge – Prince William and his wife Catherine – on their 2014 tour Down Under. No stranger to the pursuit of excellence, during Tom’s time at Amisfield Bistro the restaurant won Cuisine Magazine’s Winery Restaurant of the Year three times and was awarded two chef’s hats. He will be using his many years of experience to oversee the function opportunities for the current and new offers, streamline the group’s food and beverage operations as well as develop a new hospitality venture to be announced later this year.
More from Imperium Group
Map
Advertisements
Never miss a story again
Sign up for the HN360 daily newsletter
Media Kit – Submit Content
Advertisement
Advertisements