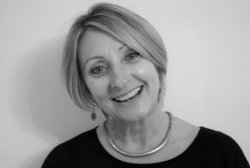 Janel , a former Director of Revenue at Avvio and Revenue by Design, both in London, United Kingdom, will drive the Educational programmes already offered by SnapShot, including the bootcamps and the Massive Open Online Courses (MOOC). In the past, Janel has been involved in the organisation and management of revenue management training academies throughout EMEA. Her background in revenue management will allow SnapShot to add further RM training and consultancy to its Educational programmes roster. Snapshot is a hotel data and analytics company built to facilitate access and use of data by hotels of all sizes. Founded by Michael Heinze and David Turnbull, the company"s board also includes members of STR Global, citizenM and Shiji Networks.
Related News

3 November 2015 — SnapShot, a powerful hotel data and demand management startup, hired industry expert Janel Clark as its Head of Consultancy & Education. Janel , a former Director of Revenue at Avvio and Revenue by Design, both in London, United Kingdom, will drive the Educational programmes already offered by SnapShot, including the bootcamps and the Massive Open Online Courses (MOOC).
Read more
Hotelschools.com

Janel Clark (Class of 2007) is a graduate of Cornell | School of Executive and Professional Education in Ithaca, New York - United States
more information

Founded in 2012 with the vision to build hospitality's premier data platform independent of any brand or software provider, SnapShot is now one of the largest hospitality data processors in the world, managing transactional data of over 6,000 independent and branded hotels worldwide, with over 45 different connected PMS systems, and growing.
more information
Recent Appointments at SnapShot GmbH

14 May 2018 — SnapShot GmbH announces Mr. S. Carson Booth has joined as CEO to lead the company into its next stage of growth. Booth brings over 25 years of hospitality technology experience and is the former global vice president of property technology at Starwood Hotels & Resorts Worldwide where he led a diverse global team managing the strategy, innovation and operations of associate- and guest-technology.
read more

19 January 2016 — SnapShot GmbH announced that Dr. Stefan Tweraser, former director at Google, joined its management team as CEO. The board members and the current management team are delighted to welcome Stefan aboard.
read more