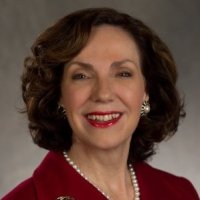 The Global Business Travel Association (GBTA), the voice of the global business travel industry, announced that GBTA President Christle Johnson has appointed Scott Solombrino, President & CEO of Dav El/Boston Coach Chauffeured Transportation Network, to serve as the Allied Leadership Council (ALC) President. Johnson also appointed Dorothy Dowling, Chief Marketing Officer for Best Western International, to serve as the Allied Leadership Council Vice President. Both Solombrino and Dowling will also sit on the GBTA Board of Directors joining the recently elected 2015 Board. Dowling began her hospitality career in Canada after earning a joint Masters of Arts degree in sociology and leisure studies from the University of Waterloo in Ontario. Since joining Best Western in 2004, she has reenergized the Best Western Rewards® loyalty program, grown the brand’s market share and undertaken several groundbreaking initiatives. She is now at the helm of a comprehensive global brand refresh for the iconic Best Western brand. Dowling was recently named the 18th most influential Chief Marketing Officer (CMO) in the world in the Forbes/ScribbleLive/LinkedIn’s 4th Annual CMO Influence Study. This marks her second-straight appearance on the list as she moved up from 27th last year to 18th this year and she is also the third highest ranked female CMO. In addition, she serves on the North American board for the U.S. Travel Association and currently serves on, and is the former chair of, the Hospitality Sales and Marketing Association International (HSMAI) Americas Board and is past president of HSMAI Canada. Solombrino’s and Dowling’s appointments are effective immediately and will run through GBTA Convention 2017.