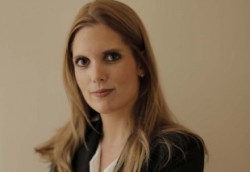 Kempinski Hotel Mall of the Emirates welcomed Inge Bouwmans as front office manager, Nafla Nabhan as human resources manager, and Magdalena Wells as training manager. An experienced front office manager in the five-star luxury hotel industry, Bouwmans commenced her career in Spain, before gaining experience in South Africa and China, ahead of her move to Dubai in 2012. Previously with the Armani Hotel Dubai as lifestyle manager, she is keen to foster a positive and results-oriented team culture. Prior to her role at Armani, Bouwmans worked at The H Dubai as guest relations manager. Bouwmans, who is fluent in Dutch, English and Spanish, obtained her Bachelor of Business Administration in Hotel Management from the Maastricht Hotel Management School in The Netherlands.
Hotelschools.com

Inge Bouwmans (Class of 2010) is a graduate of Hotel Management School Maastricht in Maastricht - Netherlands, The
more information