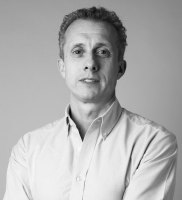 SnapShot GmbH announced that Dr. Stefan Tweraser, former director at Google, joined its management team as CEO. The board members and the current management team are delighted to welcome Stefan aboard. Pulling in executives from one of Silicon Valley's most important companies to a hotel tech company may not be a first, but it is, certainly, a rare moment in hotel tech history, which has typically lacked the Silicon Valley-approach of ruthless efficiency and outstanding customer experience. SnapShot's board of directors took a bold decision to add tech industry veterans to the team, to fast-track the company's growth. Even more importantly, Dr. Tweraser's appointment as CEO represents a dynamic shift toward a culture of innovation, product quality and usability, which could only be achieved through the integration of such development cultures. Stefan's arrival completes an executive team built on unprecedented experience in hotel technology, hotel data analysis, marketing and, now, tech-giant know-how. Dr. Stefan Tweraser studied business administration at the Vienna University of Economics and Business Administration, and was director of studies for marketing and sales at the Vienna University of Applied Sciences. After working at McKinsey & Comp. - where he was elected partner in record time - and then Telekom Austria, Stefan joined Google as Country Director for the DACH region in 2008. Matt Brittin, President EMEA business, Google recommends him wholeheartedly: "During his almost five years at Google, Stefan has been an instrumental driver of growth and development of our business in the DACH region as well as a respected member of the European management team. We wish him all the best for his new endeavors." His experience is vast, as also noted by SnapShot board member, Michael Levie, COO citizenM Hotels: "Stefan comes to Snapshot with tons of experience in the tech industry. His knowledge, as well as his leadership skills, will propel SnapShot's growth and will provide valuable impetus for the hospitality industry in general." Stefan joins the core executive team of David Turnbull co-founder, Michael Heinze co-founder, and Martin Soler CMO in the mission to provide hotels with usable analytics and accessible data. This is a massive undertaking. The recent €25 million euro funding from Shiji Networks is being used to help fuel the next phases of a project that will ultimately help hoteliers use their data in a typical "Silicon Valley" end product way - minimalist, powerful, and useful.
Related News

19 January 2016 — SnapShot GmbH announced that Dr. Stefan Tweraser, former director at Google, joined its management team as CEO. The board members and the current management team are delighted to welcome Stefan aboard.
Read more

Founded in 2012 with the vision to build hospitality's premier data platform independent of any brand or software provider, SnapShot is now one of the largest hospitality data processors in the world, managing transactional data of over 6,000 independent and branded hotels worldwide, with over 45 different connected PMS systems, and growing.
more information
Recent Appointments at SnapShot GmbH

14 May 2018 — SnapShot GmbH announces Mr. S. Carson Booth has joined as CEO to lead the company into its next stage of growth. Booth brings over 25 years of hospitality technology experience and is the former global vice president of property technology at Starwood Hotels & Resorts Worldwide where he led a diverse global team managing the strategy, innovation and operations of associate- and guest-technology.
read more

3 November 2015 — Janel , a former Director of Revenue at Avvio and Revenue by Design, both in London, United Kingdom, will drive the Educational programmes already offered by SnapShot, including the bootcamps and the Massive Open Online Courses (MOOC).
read more