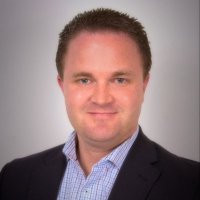 The appointment represents another career progression for Mr Levey, who has made a significant contribution to the global hotel chain in various positions since 2005, when he joined the company as a corporate cadet at Rydges Oasis Resort Caloundra on the Sunshine Coast. Having carved a reputation as a passionate hotelier with exceptional interpersonal skills, Mr Levey now brings his wealth of experience to this role with the opening team of Rydges’ newest hotel, located within the historically rich Brisbane Showgrounds precinct. Mr Levey will oversee the hotel’s reservations, front desk and maintenance teams to ensure Rydges’ world class standards are upheld throughout the establishment’s 208 guest rooms. He joins Rydges Fortitude Valley from Rydges World Square, where he served as Yield and Revenue Manager since 2012 and earned distinction as a finalist in the TAA Awards of Excellence in 2014.