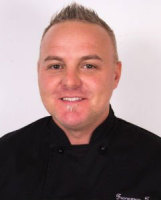 With more than 20 years of experience at top restaurants and hotels in Australia and Europe – including four years spent with Rydges Melbourne – Mr Trucco joins the opening team with a vision to set a new benchmark for outstanding dining in the progressive riverside city. Mr Trucco takes the helm at Rydges Fortitude Valley’s signature Six Acres Restaurant, which will offer guests an exciting farm-to-the-table experience, boasting an exquisite seasonal menu prepared from the finest ingredients. Having carved out a reputation as one of the country’s top Italian chefs, Mr Trucco brings to his new role an appreciation of fresh, local produce instilled during his formative years in the coastal town of Imperia in Northern Italy’s Liguria district.