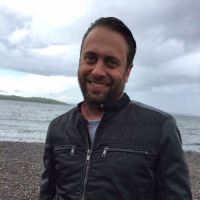 Bringing over 20 years’ hospitality experience to his new role, Bel joins the hotel after spending 18 months as operations manager at foodservice firm BaxterStorey. He has previously worked as operations manager at Sodexo Prestige during the Glasgow Commonwealth Games, was also in the same role at Somerset House, and was a food and beverage manager with Marriott International. Bel will now oversee the day-to-day operations of the hotel as well as driving forward the business’s growth, and building relationships with the local community. Malmaison Aberdeen is close to the city centre, and operates the 100-cover fine-dining restaurant the Brasserie, the Malbar, and a spa. Malmaison was founded in 1994 by Ken McCulloch, with sister brand Hotel du Vin also founded that year by Robin Hutson and Gerard Basset. United in 2004 after a sale to MWB, the two brands were acquired last year for £363m by Singapore-based company Frasers Hospitality UK. Malmaison operates 13 hotels, including properties in London, Oxford, Birmingham and Newcastle.
Hotelschools.com