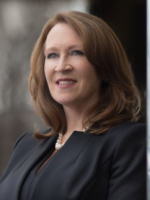 Trump International Hotel & Tower® New York is pleased to announce the appointment of Kelly Egan Merryfield as Director of Sales & Marketing. This position is somewhat of a homecoming for Merryfield, who previously served as the Director of Sales & Marketing at Trump Central Park from 2007 to 2008. She made her mark during that tenure with her exemplary relationship-building skills, by regularly exceeding goals and objectives, and by rebuilding the entertainment market both domestically and internationally. In this new role, Merryfield will oversee the hotel’s on-site sales and marketing team, including sales, catering, public relations and e-commerce. She will also be responsible for marketing and sales execution and strategy, revenue attainment, and hiring and training professionals to positively impact the hotel. Merryfield held several leadership positions during a decade at The Peninsula New York where she eventually served as the Director of Sales. She later became the Director of Entertainment Sales at The New York Palace where she was responsible for the growth and development of the entertainment market by forming relationships that significantly increased bookings and created sales synergy. Prior to her return to Trump Central Park, Merryfield served as Director of Travel Industry Sales at Salamander Hotels & Resorts in Middleburg, Virginia.

Trump Hotels™ is a family enterprise with a history of providing extraordinary customer experiences. The brand's exceptionally designed hotels in iconic locations put guests at the heart of each destination.
more information
Recent Appointments at Trump

6 May 2021 — The independently owned and operated Trump International Beach Resort Miami has appointed Jose G. Rodriguez as new Director of Operations of the 360-room resort, conveniently located between Miami and Fort Lauderdale in the upscale enclave of Sunny Isles Beach.
read more