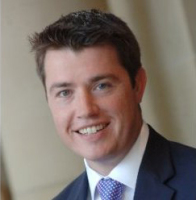 A graduate of Trinity College Dublin, Kavanagh began his hospitality career at The Connaught, London and has since built up 23 years’ experience in luxury hotels with the majority of his career spent operating hotels in the UK and Ireland. Kavanagh returns to his hometown of Dublin to draw on his specialist knowledge of the destination in preparation of the launch of Belmond Grand Hibernian. He joins Belmond immediately from the Doyle Collection’s Kensington Hotel in London. The son of a hotelier, Kavanagh brings a lifelong passion for hospitality and service that has been passed through the generations. Married with three children, Kavanagh is also a keen golfer and enjoys time out on the golf course with his sons. Belmond Grand Hibernian will be the first luxury rail experience of its kind in Ireland when it launches in August 2016. Departing from Dublin on two, four and six night touring itineraries, the train will traverse the sprawling countryside, dramatic coasts and fascinating cities of the Republic of Ireland and Northern Ireland.
Hotelschools.com