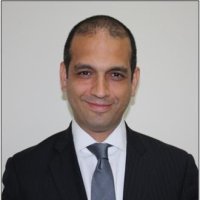 Rotana has appointed Luca Medda as general manager of the Centro Capital Doha, a new hotel which is scheduled for soft opening in April 2016. Medda possesses an understanding of the Middle Eastern market developed over 26 years in the field, working for 14 hotels in eight different countries including Qatar, the UAE and Egypt. Medda began his career in 1988 in Italy and moved between several countries including UK, Germany, France, Austria and Italy. His first break in the Middle East was in Doha in 2001 with the opening team of the Ritz Carlton.