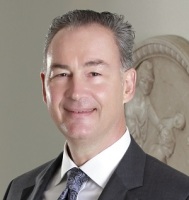 Soneva Resorts and Residences, the world-leading luxury resort operator, has announced that Heinrich Morio has joined the company as the new Managing Director – Maldives, responsible for overseeing its flagship resort Soneva Fushi as well as its latest luxury offerings Soneva in Aqua and Soneva Jani. A dual US and German National, Heinrich’s hospitality career spans more than 35 years, most of which have been spent in the management team of some of the world’s most renowned luxury hotels and resorts. Prior to joining Soneva, Heinrich was the General Manager (opening) of the Palazzo Versace Hotel in Dubai, and formerly the General Manager of the Burj al Arab, as well as the General Manager of the Jumeirah Beach Hotel, both also located in Dubai, UAE. Before moving to the Middle East, Heinrich was the General Manager of several One & Only properties in Mauritius and Bahamas, as well as luxury resorts in the United States. He will join Soneva in July 2016.

The Soneva Group is a world leading sustainable luxury resort operator which owns and manages Soneva Fushi in the Maldives and Soneva Kiri in Thailand. Soneva in Aqua, a new yacht experience, will be launched in the Maldives in 2014.
more information
Recent Appointments at Soneva Group

21 July 2014 — The Soneva Group is delighted to welcome Graham Grant as the new General Manager of Soneva Kiri. Graham succeeds Frank Grassman who managed the iconic resort since 2012. Graham’s preceding post was General Manager at one of India’s legends of luxury, The Leela Palace Udaipur, Rajasthan, where he focused not only on operations and customer satisfaction but also on growth strategies.
read more
More from Soneva Group
Map
Advertisements
Never miss a story again
Sign up for the HN360 daily newsletter
Media Kit – Submit Content
Advertisement
Advertisements