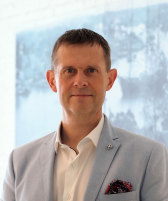 Pullman Bangkok Hotel G, a lifestyle hotel located on Silom road, is delighted to announce the appointment of its new General Manager, Mr Philippe Le Bourhis. A valuable asset to Pullman Bangkok Hotel G, French national, Philippe, brings with him 25 years of experience working in the hospitality industry at a senior management level across South East Asia. Philippe is no stranger when it comes to Pullman brand. Prior to his new role at Pullman Bangkok Hotel G, he was a General Manager at Pullman Bangkok Grande Sukhumvit and Pullman Jarkarta Indonesia, where he led the team and successfully rebranded the hotels. With his dynamic skill and leadership along with talented teams, the hotels quickly established an outstanding reputation among travellers. Philippe was also General Manager at other AccorHotels, including Novotel Bangkok Siam Square, Novotel Benoa Bali, Novotel Semarang Indonesia and Novotel Coralia Ummed Jodhpur India.