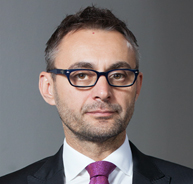 Mario arrives at Hotel Gotham having worked extensively across the Bespoke Hotels portfolio. Since 2012, he has lead teams at a range of fine country house properties, including The Lambert Arms in Oxfordshire, Shaftesbury’s Grosvenor Arms, as well as the Prince Regent Hotel. Prior to this, he held positions at several London establishments, including the Corus Hyde Park Hotel, The Royal Trafalgar and Piccadilly Hotels, as well as the Colonnade and Hotel Xenia.

14 January 2019 — Bespoke Hotels is delighted to announce that it has appointed Mike Rothwell to the role of Director of Advisory. A specialist in asset management, bank recovery and advisory work, Rothwell will work as the head of Bespoke's burgeoning Advisory Division.
read more
More from Bespoke Hotels Ltd
Map
Advertisements
Never miss a story again
Sign up for the HN360 daily newsletter
Media Kit – Submit Content
Advertisement
Advertisements