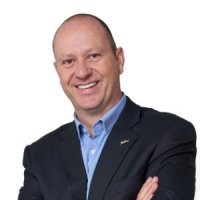 Fairmont Zimbali Lodge & Resort and Fairmont Heritage Place, Zimbali is pleased to announce the appointment of Mr. Nils Rothbarth as General Manager effective 17 June 2016. Nils joins the properties from his latest position as General Manager for Radisson Blu Hotel, Addis Ababa in EthiopiaRothbarth, a German National with close to 30 years’ experience in the industry first moved to South Africa in 1992 where he worked for the Karos Indaba Hotel in Johannesburg. From 1996, after moving to Tsogo Sun, he worked in various positions before his first appointment as General Manager in 2000 at the Holiday Inn Garden Court, Bloemfontein. Nils’s career as a General Manager has since spanned several countries including South Africa, Zambia, Dubai and Ethiopia. As he has pursued his passion in hospitality, Rothbarth has led a very rewarding and exciting career, with many life stories and experiences to share. These range from anecdotes about living in numerous foreign countries, to organizing African Union Summits, World Aids Conferences and even involvement in large international sporting events such as the Cricket, Rugby and Soccer World Cup. With a commitment for service excellence in the hospitality industry, Rothbarth enjoys travelling, exploring diverse cultures and spending active time in the outdoors. Fluent in both German and English, he holds a management degree from the Heidelberg Hotel Management School in Germany
Hotelschools.com

9 January 2018 — Jens Moesker has been appointed Regional Vice President, Pacific Northwest and General Manager of Fairmont Pacific Rim in Vancouver, BC. Jens joins Fairmont Hotels’ from his most recent position as Area Manager and General Manager of the Shangri-La Hotel Toronto where he oversaw the North American properties.
read more

9 January 2018 — Fairmont Vancouver Airport is pleased to announce the appointment of Cari Bower as Director, Leisure Sales. Based in Toronto, she will oversee the leisure and entertainment markets for the award-winning hotel that has been ranked #1 Airport Hotel in North America for the past six out of seven years by Skytrax.
read more