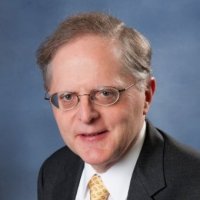 Xn protel Systems Group Limited is delighted to announce that Douglas Rice has joined the Board of Xn protel Systems in the role of Non-Executive Director. Douglas Rice is an industry leader in the global hospitality technology industry, and now advises hotels, technology providers, and investors on strategic technology planning, market development, funding, and mergers and acquisitions. He is best known for his role as a founder of the global non-profit industry association Hotel Technology Next Generation (HTNG), Douglas served as its first chief executive, growing HTNG over his 11-year tenure from a start-up all-volunteer effort to a global industry association with thousands of members, a multimillion dollar annual budget, and nearly a dozen full-time staff. Douglas was inducted into the Hospitality Financial & Technology Professionals (HFTP) Hospitality Technology Hall of Fame in 2012 and is the only recipient of the Lifetime "Most Valued" Award from the China Hospitality Technology Alliance. He is a frequent speaker at industry conferences around the world and has authored dozens of published articles. Douglas's experience prior to HTNG includes: ten years as President of Stratus Management Group, Inc., a boutique consulting firm focusing on strategic hotel technology, marketing and operational issues for global hotel companies and hospitality technology vendors; eight years as managing consultant and Vice President at The Graycon Group, Inc. (predecessor company to TravelClick); four years in various marketing management positions at United Airlines; and six years as senior economist and consultant at Data Resources, Inc. and Wharton Econometrics (both now part of IHS GlobalInsight). Douglas earned his Bachelor's degree with highest distinction in Economics and distinction in Mathematics at Dartmouth College. He earned a Master of Business Administration degree with highest distinction from Harvard Business School, where he was named a George F. Baker Scholar.
Related News

David Hunter - Vice President of Sales for the UK

13 December 2017 — Mike Hall has been appointed as Vice President of Infrastructure, Compliance and Security of Xn protel Systems to reflect the increasing importance and complexity of data security and compliance. An important part of Mike’s role will be to act as Data Protection Officer (DPO) to ensure that Xn protel Systems complies with all aspects of the new General Data Protection Regulation (GDPR), which comes into force in May 2018.
read more