Named Head of Innovation
At TUI in London, United Kingdom 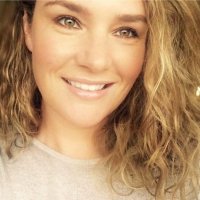 The first head of innovation has been named by Tui UK & Ireland as the group looks to further digitise the business. Jo Hickson, joins from Home Retail Group where she spent five years as group head of innovation. The appointment of the former Tui graduate follows the operator signaling the end of paper brochures. She will run the new Tui Holiday Lab as the firm’s centre of innovation and collaboration. The Lab is also recruiting an additional member, as it looks to add a creative technologist with user experience and user interface capabilities. The Holiday Lab was created in March to explore and develop new and emerging technologies. A Thomson Apple TV app has since been introduced, containing videos of destinations, including Costa Rica and Iceland, and Sensatori resorts. Tui UK & Ireland claims to have been the first UK travel brand to have a presence in the TV app store, and the first in the world to have an app based on video content. Hickson will focus on anticipating the next advances in technology and customer behaviour, looking for future disruptive trends and innovation opportunities – including natural language processing and virtual reality – and using this to feed a pipeline of innovation projects.

8 April 2019 — Anna Laestadius has been appointed as Chief Creative Officer of the Hanover, Germany based TUI Group, overseeing the global development of the TUI brand. Her new role's responsibilities include the Center of Excellence for Brand Marketing & Insights in the Nordics as well as the company's development of brand and marketing campaigns.
read more

30 August 2018 — ROBINSON Club Maldives has announced the appointment of Bert Goebel as the new general manager. Born and raised in Germany, Bert chose a career in the hospitality industry at an early age, and today considers himself as a "cosmopolitan in the industry" with nearly 30 years of experience in high-end hotel, resort and cruise ship business worldwide.
read more
More from TUI
Map
Advertisements
Never miss a story again
Sign up for the HN360 daily newsletter
Media Kit – Submit Content
Advertisement
Advertisements