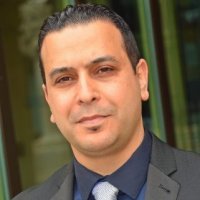 Faycal Bennani will be joining the Jurys Inn team from the Hampton by Hilton Waterloo and taking over as Interim General Manager of Jurys Inn Derby. Bennani brings with him extensive experience from previous roles at IHG and Accor, along with a knowledge of the Derby market from his time as General Manager of the Hampton by Hilton Derby City Centre. Bennani will officially step into the role on September 6th.
Hotelschools.com

11 August 2017 — Leading the UK and Irish hotel group, Jurys Inn, is delighted to announce the appointment of Andy Besent as Head of Sales for the Group. Andy will play a key role in continuing Jurys Inn’s successes and enhancing its already strong brand and market position across the UK and Ireland.
read more