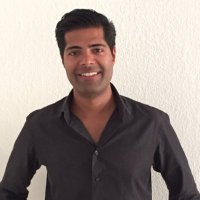 The Hollywood Roosevelt Hotel is pleased to announce Akshay Bahl as their new General Manager. The Hollywood Roosevelt provides its guests with a hip, and upscale hotel experience, which dates back to 1927. As General Manager, Bahl will be responsible for continuing the success of the hotel and managing day-to-day operations of the 300 guest rooms and 63 suite property. With over 14 years of experience within luxury hotel management, and taking on many diverse managing roles, Bahl joins The Hollywood Roosevelt with an extremely extensive and knowledgeable background of this industry. For the last four years, he has spent working in various positions at Commune Hotels and Resorts, most recently as the General Manager of Openings and Transitions for Thompson Playa Del Carmen, Thompson Beach House and Monterey Tides. Before that, he was the Resort Manager at Thompson Miami Beach, in charge of overseeing operations for a 380-room hotel and the General Manager of Domain Hotel in Silicon Valley. Prior to his tenure at Commune Hotels and Resorts, Bahl worked at Winegardner and Hammons, Inc., Omni Hotels, Loews Hotels and Resorts, and Intercontinental Hotels Group. Bahl received his Bachelor’s Degree in Hotel Management from Florida International University.
Hotelschools.com

28 June 2018 — Journal Hotels announced today the appointment of Kendall Viola to director of sales at The Hollywood Roosevelt. In this role Viola will be responsible for the leadership of all sales initiatives to drive revenue at the iconic hotel as it celebrates its 90th anniversary this year, developing strategic new business opportunities and creating customized solutions for guest and group needs.
read more