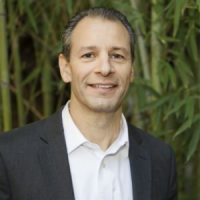 Carl Pratt has been appointed Vice President and General Manager of Miraval Resort & Spa, a destination spa located in Tucson, Arizona. In this role, Pratt will oversee all operations of the property and use his leadership and health and wellness expertise to build on Miraval’s reputation as a pioneer and thought-leader in the industry. Pratt comes to Miraval with over 20 years of experience as an innovator in the hospitality and wellness industries, having most recently served as an executive consultant for premium hotel, destination resort and health and wellness brands. In his role as a consultant, Pratt advised companies on how to integrate healthy and productive behaviors into their corporate structures while simultaneously transforming them into top-performing profit centers. Before becoming an executive consultant, Pratt served as the President and General Manager of Cranwell Resort, Spa and Golf Club in Lenox, Massachusetts. There, he led a complete overhaul of the property’s culture, thus improving interdepartmental relations, service orientation, financial performance, marketing and guest and employee satisfaction. Prior to Cranwell, Pratt served as General Manager at The Hanover Inn at Dartmouth College, the longest continually-operating inn in New Hampshire. At The Hanover Inn, Pratt created a comprehensive capital improvement plan, improved the hotel’s financial performance and repositioned the Inn as a highly sought-after destination for leisure and business travelers. Concurrent with his role at The Hanover Inn, Carl collaborated with Dartmouth’s Tuck School of Business to create and implement an executive wellness education curriculum for the Tuck Executive Program. He also developed an innovative employee wellness program that continues to provide ground-breaking health and wellness resources to university staff today. Pratt began his career at Canyon Ranch Lenox, where as an opening team member he played an integral role in the evolution of the Canyon Ranch brand. During his tenure at the property, Pratt served as Managing Director, Hotel Director and Spa Director. In his most senior role, Pratt spearheaded the development of revolutionary health and wellness programming that helped solidify the brand’s position as a leader in the spa industry. He also implemented a successful marketing strategy that included the cross-promotion of services across all areas of the resort, which resulted in dramatic increases in guest awareness and satisfaction. Today, Pratt is active in a number of industry organizations including New England Inns and Resorts, Massachusetts Lodging Association, Berkshire Visitors Bureau, Lenox Chamber of Commerce, the Town of Lenox Marketing and Events Committee and Youth in Action, an organization that fosters leadership, innovation, community engagement and academic excellence in young people across the country. Pratt has a bachelor’s degree in Exercise Science from Johnson State College, and is certified by the Center for Creative Leadership.

31 January 2018 — After more than 20 years of experience, Simon Marxer joins Miraval Group as director of spas. At Miraval Group, Marxer will use his expertise to oversee all spas and create new and innovative treatments and services that uphold the brand"s longstanding position as a pioneer and thought-leader in the spa space.
read more

31 January 2018 — With more than 15 years of experience in the hospitality industry, Marisa Galdi joins Miraval Group as director of talent and culture where she oversees all aspects of the human resources function with an emphasis on colleague engagement.
read more