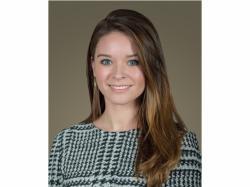 Corinthia Hotels announces the appointment of Jennifer Tyler as PR Manager for the Group’s flagship hotel in London.Jennifer joins Corinthia Hotel London from David Collins Studio, the luxury interior design and architecture practice, where she stood as Communications Manager and was responsible for the international PR, Social Media and Marketing campaigns across the brand’s hospitality, retail and residential portfolio. During this time, Jennifer worked alongside colleagues at Corinthia Hotel London on the launch of the David Collins Studio-designed al fresco The Garden Lounge, which sits at the heart of the hotel. Prior to this, Jennifer served as Global PR Specialist for the worldwide leader in private aviation, NetJets. A role in which she focused on the company’s PR efforts across EMEA and supported the growth of the business in the US, China and emerging markets.