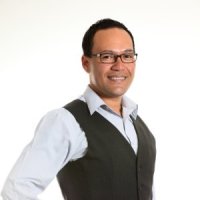 The luxurious Rees Hotel overlooking Lake Wakatipu and The Remarkables in Queenstown announces the key appointment of Roman Lee-Lo as Executive Assistant Manager. Life has come full circle for the Cornell University trained hospitality professional. Lee-Lo returns back to The Rees after a two year absence to be second in charge running the day to day operation of the 90 apartment and 60 hotel room property. Lee-Lo was part of the original opening team back in 2009 first starting as a Reservations Agent before advancing to Duty Manager after three months proving that his guest focus is a real strength. Two years later he successfully set up the human resources function at The Rees from scratch. By last year due to Lee-Lo’s contribution championing and initiating the hotel’s first entry and audit, the property advanced three audit levels of the government’s ACC’s Workplace Safety Management practices certification to ‘tertiary level’. It is the highest standard of excellence that is attained after being recognised for continuous improvement and retaining a best practice framework. A natural champion of human resources with a recognised natural flair for hospitality, the new Executive Assistant Manager is focusing on building a strong leadership culture whilst supporting Mark Rose, The Rees Chief Executive Officer. In the course of his distinguished hospitality career, Lee-Lo has regularly received hotel employee awards and General Manager recognitions plus two prestigious tourism and hospitality scholarships including one for $70,000 to study in Australia. From 2014 prior to returning to The Rees, Lee-Lo held human resources roles for one of the largest hospitality companies in the world, the Hilton Worldwide. He was also Branch President of the Human Resources Institute of New Zealand (HRINZ) for two years from 2014 to 2016.
More from The Rees Hotel Queenstown
Map
Advertisements
Never miss a story again
Sign up for the HN360 daily newsletter
Media Kit – Submit Content
Advertisement
Advertisements