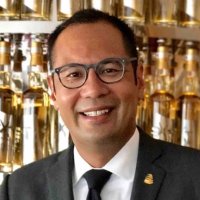 Washington D.C. (February 28, 2017) — International real estate developer, Euro Capital Properties, appoints Jeff David as Managing Director of The Watergate Hotel, which reopened in June 2016 following a $200 million renovation. As a seasoned hospitality professional whose five-star pedigree spans twenty-four years, Jeff brings an extensive background in luxury hospitality management to his new position where he is responsible for continuing the success of the luxury hotel in Washington, D.C. avid joined the Watergate Hotel team from boutique luxury hotel Greydon House in Nantucket, where he held the position of Managing Partner. Prior to Greydon House, David opened and managed The Knickerbocker, a member of The Leading Hotels of the World and the first luxury hotel in Times Square, following a massive renovation project. David’s luxury pedigree also includes six years at Viceroy Hotel Group as a general manager for Viceroy Anguilla, British West Indies and Viceroy Snowmass, Colorado, managing the opening of the Tides Hotel in South Beach Miami and overseeing the Viceroy Palm Springs in California. Earlier in his career, he worked with Four Seasons’ Hotels & Resorts, Rosewood Hotels and Resorts’ Little Dix Bay on Virgin Gorda in the British Virgin Islands, and several distinct luxury New England properties, including the famed Chatham Bars Inn on Cape Cod, Massachusetts, and The Chanler at Cliffwalk in Newport, Rhode Island. David graduated with a Bachelor of Fine Arts from the University of California in Los Angeles and received his certificate in Wine Stewardship from the Culinary Institute of America in Napa Valley. Awarded Hotelier of the Year in 2012, David is recognized for his creativity and leadership, as well as his proven success record of managing properties ranked at the top of their respected regions in various indexes, from guest satisfaction to RevPAR. David eagerly brings all of his experience and success to the Watergate Hotel as he works to usher in an exciting season for the hotel.
Recent Appointments at The Watergate Hotel

29 July 2020 — Chocklett will be responsible for oversight of the sales and business development for the hotel and future projects, as well as maintenance of all client relations. This role will be vital in the overall success of the hotel as the management team gets ready to once again welcome guests back following closure due to concerns about Covid-19.
read more

29 May 2019 — The Watergate Hotel has appointed Ruben G. Rodriguez as its new Vice President of Sales. In this position, Rodriguez will oversee the implementation of annual sales plans and lead the sales team in discovering and targeting new business and revenue streams for the historic property.
read more