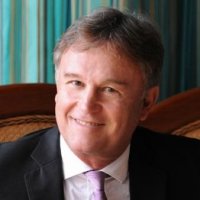 Bernard Mercier has joined Corinthia Hotels, the collection of luxury hotels around the world, as General Manager for Corinthia Hotel Khartoum. He joins Corinthia this month from his previous role as Managing Director, Trump Hotel Rio de Janeiro in Brazil. Mercier is an internationally experienced hotelier with senior roles in renowned hotel chains and groups including InterContinental, Sheraton, Orient Express, Kempinski and members of The Leading Hotels of the World. Swiss by birth, Mercier attended the Hotel School in Lausanne. His senior positions have taken him to Egypt, Equatorial Guinea, Kenya, China, Mexico, French Polynesia, the Philippines and Hong Kong, resulting in a deep understanding of diverse and distinct cultures. “We are delighted to welcome Bernard Mercier at the helm of our operations in Khartoum. The Sudan is entering an exciting new phase in terms of economic development and the Corinthia Hotel is well poised to consolidate our leading role in the city’s hospitality sector,” said Simon Naudi, CEO of Corinthia Hotels.
Hotelschools.com