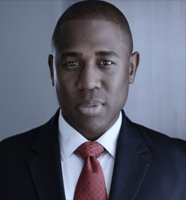 Trump HotelsTM, a global luxury hotel enterprise with an unparalleled history of providing extraordinary customer experiences, is pleased to announce the promotion of Prince A. Sanders to General Manager, Trump International Hotel & Tower® New York. With more than 15 years in the luxury hotel industry, Sanders brings valuable expertise, skill and experience to lead one of New York’s most recognizable hotels.Mr. Sanders offers an impressive background in the hospitality industry, having served the past three years as Hotel Manager at Trump Central Park, overseeing the only hotel in North America with the coveted Forbes Five Star and AAA Five Diamond accolades for both hotel and restaurant. Mr. Sanders launched his hospitality career in 2002 with Starwood’s W Hotels, first in Chicago and then New York. He moved from Guest Services Manager to Director of the Front Office. Mr. Sanders continued his career at the Ritz Carlton Hotel, New York, where he served as Front of the House Manager and Assistance Rooms Executive. He elevated the hotel’s brand through employee training and development, and was awarded the company’s Leader of the Year award for his commitment to service and dedication to training. His on-property training sessions were adapted for Ritz Carlton properties across the northeast, and he became certified to conduct trainings on behalf of Ritz Carlton to companies outside of the hospitality industry. In 2010, Mr. Sanders was tapped to assist in the development of training manuals for the Edition Hotels, Marriott’s lifestyle brand in partnership with Ian Schrager. He assisted with employee trainings for the openings of The Waikiki Edition, The Istanbul Edition Istanbul and The London Edition. Mr. Sanders is an avid writer who has published a series of children’s books, The Extraordinarily Ordinary Life of Prince that teach life lessons and communications skills. He also serves as Chair of the American Ballet Theatre Junior Counsel.

Trump Hotels™ is a family enterprise with a history of providing extraordinary customer experiences. The brand's exceptionally designed hotels in iconic locations put guests at the heart of each destination.
more information
Recent Appointments at Trump

16 January 2019 — Trump® International Hotel Waikiki has named Patsy Narimatsu as its director of sales and marketing, bringing 37 years of experience in the hospitality industry. In her role, Narimatsu will be responsible for planning and implementing the sales and marketing for the 462-room ultra-luxury hotel, developing short-and long-term goals to increase domestic and international business opportunities from existing and new source markets, and overseeing a team of six sales professionals to drive revenues.
read more