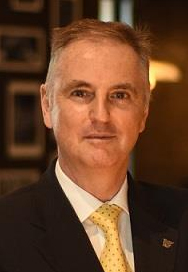 Dietmar Kielnhofer has been appointed as General Manager at JW Marriott Mumbai Sahar. Prior to joining JW Marriott Mumbai Sahar, Dietmar was serving as the Complex General Manager at Starwood Hyderabad, India. He has a master’s degree in Business Administration (MBA) from the University of Leicester, England and a Ph.D in Business Management from the American University of London. He also did a specialized course in the field of Hotel Administration and Real Estate at Cornell University, Ithaca, USA. With over 30 years of industry exposure across Europe, Africa, the Middle East and Asia, Kielnhofer possesses major strength in hotel operations, marketing, food & beverage, human resources and finance. He brings to the table expertise that includes delivering above average financial performance, market share growth, improving service standards as well as maintaining excellent relationships with stakeholders. He was a Board Member of the Executive Committee of the American Chamber of Commerce Hyderabad and was also appointed as Vice President and Secretary of the Hyderabad Convention and Visitors Bureau (HCVB) in 2016. Dietmar Kielnhofer was recognized as General Manager of the Year in the Upper Upscale & Luxury segment 2015 by Starwood South Asia region. Under Dietmar’s leadership The Westin Hyderabad Mindspace was also voted as the Best Luxury Hotel 2016 by the Indian Hospitality Awards West and South.
Hotelschools.com