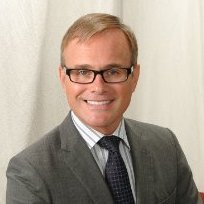 Prior to joining Expotel Hospitality, he served as VP of business development for Charlestowne Hotels. In this role, Spelts developed relationships for the Mount Pleasant, SC-based company with hotel ownership and development groups, and led the acquisition of management contracts that added 34 properties and development projects more than seven years. Spelts has been involved with all types of hotels from flagged to independent and from midscale to luxury. In addition to working with hotels in groups such as Relais & Châteaux and Rosewood Hotels, he has experience with flags and soft brands including Hilton, IHG, Wyndham, Starwood and Choice. He was a founding trustee of the American College of the Building Arts, is active in Urban Land Institute, and he’s an advisory board member for Radical Innovation, an annual hotel design competition.