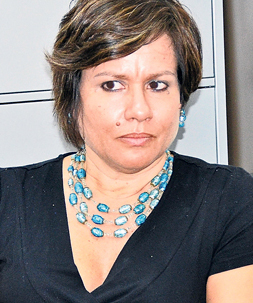 The Group General Manager at Ocean Hotels in Barbados, Ms Affonso-Dass was elected to the important leadership role on Friday at the Caribbean Hotel and Tourism Association’s AGM, held alongside the Caribbean Hospitality Industry Exchange Forum (CHIEF) and Taste of the Caribbean at the Hyatt Regency in Miami this past weekend. Ms Affonso-Dass, a graduate of Florida International University’s School of Hospitality and Tourism Management, serves as President-elect for the next year before taking over the presidency of the travel trade association next summer from current incumbent Karolin Troubetzkoy, Executive Director of the renowned Jade Mountain and Anse Chastanet resorts in St. Lucia. Ms Affonso-Dass has been the President of both the Tourism and Hospitality Association of Guyana and the Barbados Hotel and Tourism Association and runs the Ocean Hotels group, a family-owned company located on the south coast of Barbados, with three unique hotels: Ocean Two Resort & Residences, the four diamond oceanfront venue on Dover Beach; Sea Breeze Beach Hotel, the all-inclusive hotel on Maxwell Coast Road; and South Beach Hotel, the chic boutique hotel near Rockley Beach. She will serve the association as President for two years after Ms Troubetzkoy’s tenure ends in a year’s time.
Hotelschools.com

The Caribbean Hotel Association is dedicated to excellence in hospitality, leadership in marketing, and sustainable growth in tourism, to the benefit of its membership and that of the wider Caribbean community.
more information
Recent Appointments at CHTA