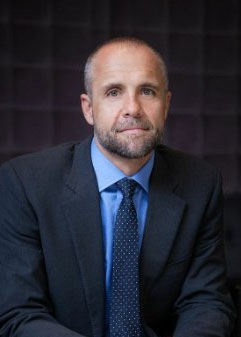 Johan Scheepers has been appointed as the new Regional General Manager for Macdonald Hotels & Resorts in the North West. With 20 years’ experience in the hospitality industry, Johan will be based at the Macdonald Manchester Hotel & Spa, the largest 4-star hotel in Manchester. Overseeing teams at three properties including The Lymm Hotel in Warrington, Macdonald New Blossoms in Chester and Macdonald Manchester Hotel & Spa, Johan will be responsible for ensuring the best guest experience and value proposition is provided across all three locations. Most recently Johan was based in South Africa where he played an instrumental role in the opening of The Maslow Hotel, the flagship corporate venue for Sun International which is the largest Casino and Resort operator in Africa. Prior to this he worked on the launch and repositioning of both the Thistle Euston and The Kingsley in Holborn. He has vast experience of working within large hotel groups after spending four years with Radisson Edwardian, which eventually led him to Manchester. Managing a number of 4-star and 5-star properties within the group, it was during this tenure that he received an Acorn award for outstanding achievements in the industry and completed an advanced management programme at Oxford University. Despite a short break from the UK to manage properties in South Africa, Johan chose to re-locate to Manchester, returning to where he held his first General Manager role in 2007, assisting with the opening of The Abode Hotel.

13 June 2017 — Keith Pickard has been named as group director of golf, leisure & spa by Macdonald Hotels & Resorts. He steps up from his previous role of director of golf at the UK independent hotel chain. Pickard will oversee each of the lifestyle departments of the 45-strong hotel group, including 21 spas.
read more

14 March 2017 — The Lymm Hotel, near Warrington, has appointed Carlie Shiels as its new General Manager who, with over 15 years in the hospitality industry, will be responsible for managing the historic 62 bedroom property.
read more
More from Macdonald
Map
Advertisements
Never miss a story again
Sign up for the HN360 daily newsletter
Media Kit – Submit Content
Advertisement
Advertisements