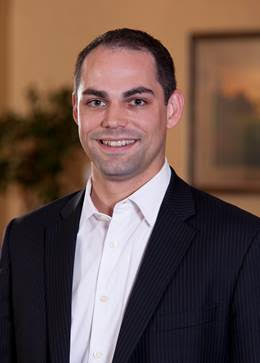 Conrad New York announced today the appointment of Adam Heffron as Hotel Manager. In his role, Heffron will support in managing daily operations of the luxury all-suite hotel. Heffron brings more than a decade of hospitality management experience to Conrad New York, he most recently served as the General Manager of DoubleTree by Hilton Hotel & Suites Jersey City since 2015.Heffron will be a strategic business leader responsible for expanding the hotel’s success in all operational, revenue based and customer relations facets. Heffron previously served as the General Manager of DoubleTree by Hilton Hotel & Suites Jersey City, where he was the leader for 198 room, all-suite hotel and was selected as a member of the 2016 DoubleTree Circle of Leadership, recognizing the brands top performing General Managers. Additionally, Heffron spent more than 10 years in a variety of roles including, Director of Operations at the Hilton Newark Airport, Assistant General Manager of the Embassy Suites Washington D.C Convention Center and Assistant General Manager of Hotel Lombardy, Washington, DC. Heffron began his career as the revenue manager of RB Properties, Inc. in 2006. Heffron earned a Bachelor of Arts in Political Science at Towson University and a Certificate in Advanced Hospitality Revenue Management from the School of Hotel Administration at Cornell University. He resides in Jersey City, New Jersey with his wife, Neda and 4 year old daughter, Madeline.

28 September 2021 — Combine vision, leadership, and tenacity, and you have Stephanie Summerall. Acting as Area Director of Sales and Marketing at C. Baldwin, Stephanie takes on challenging responsibilities, such as managing and developing sales and marketing programs and establishing effective objectives that increase awareness of and subsequently bolster the hotel, its activities, its culinary services, and its personnel.
read more

28 September 2021 — Instead of playing in the street with his friends when he was a kid, Detroit native David Tinsley, general manager of food and beverage operations at the C. Baldwin Hotel, would often coerce his friends into catching the bus with him so they could all hang out in the lobby of Detroit's Hyatt Regency, where, while drinking many a bottle of "pop," David and his friends would relish in the cool vistas of the iconic refurbished hotel.
read more