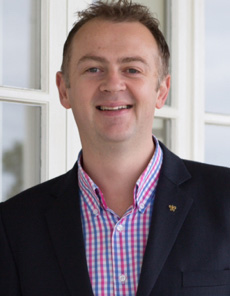 Solly is a General Manager who has had extensive experience working in and opening hotels across Australasia, India and Thailand.ore recently, Solly has been well-known around New Zealand’s luxury accommodation scene as Group General Manager of 5-star lodges Kauri Cliffs, Cape Kidnappers and Matakauri Lodge. Bringing his luxury expertise to Wellington, Garth will be responsible for overall operations management and will be leading the hotel’s 150 strong staff at QT’s newest designer hotel. Additionally, he will oversee the strategic direction of the hotel, daily operations and financial decisions. Passionate about the highest standard of guest experience, with the utmost attention to detail – Solly’s great desire to succeed and new approach will be welcomed at QT Museum Wellington.