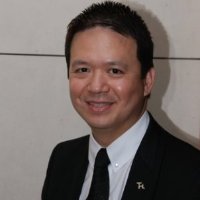 Hieu To has joined Warwick as Hotel Manager since July 3 as well. "I am pleased to have joined the Warwick Hotels and Resorts Group and a passionate team. "Said Hieu To following his appointment. Mr. To began his career as a half-ranking leader in 1987 at the Hotel Raphaël, a prestigious 5-star hotel in Paris, where he has continued to evolve for 30 years as Chief of Staff, 1st Master Hotel Manager, Catering Manager and Deputy Director.