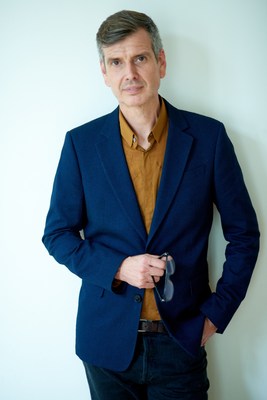 Pentahotels, the neighborhood lifestyle hotel group, has appointed Eugene Staal as president from September 2017. Mr. Staal is based in Frankfurt am Main in Germany and will take care of the global operations and developments of the chain. Prior to Steel at Pentahotels, he founded YawnWorld, a stylish and innovative rental concept for apartments that meets the lifestyle and demands of today's world citizens. He also founded MisterSteel, a consultancy firm that provides trendsetting and commercially successful concepts as well as strategic technical services and brand support to customers in the hospitality industry. Staal brings 25 years of experience in organizational functions within the hospitality industry - from a business trainee at Grand Hyatt New York to global senior management positions, after which he eventually set up the EAME office of Hyatt in Lausanne. In 2006, Staal joined the executive team of the Carlson Rezidor Hotel Group in Brussels, where he, as Senior Vice President Technical Services, led the group to significant growth. He improved the leased hotel portfolio of the multi-chain management group in asset management, contributing to the growth of the Radisson Blu and Park Inn chains in Europe, Africa and the Middle East. Steel will strengthen the pentahotels chain in preparation for substantial growth and expansion in the coming years. The second hotel of pentahotels in Hong Kong - Hong Kong penthouse hotel, Tuen Mun - opened its doors on July 26, 2017. The group has also concluded final agreements with Capital Group, one of Russia's most respected property developers, to open the first Moscow hotel's prime hotel in Moscow - Pentahotel Moscow, Arbat - to be ready for the FIFA World Championship 2018 which is being held in the city. An announcement has also been made for a building in downtown Bangkok, and there are many other developments in the pipeline.
Hotelschools.com

Eugène Staal (Class of 1988) is a graduate of Hotel Management School Maastricht in Maastricht - Netherlands, The
more information

pentahotels represents a new generation of hotels. Known for its unique interior design and "neighbourhood" feel, the lifestyle brand stands for true innovation in the industry's four-star segment. With 28 hotels across seven countries over two continents, pentahotels offers individual and business travellers comfort and style in a relaxed atmosphere.
more information
Recent Appointments at pentahotels

15 May 2020 — Penta Hotels is delighted to announce its new managing director Rogier Braakman. In this position he is succeeding Eugène Staal, who served the brand as president for over two years. Rogier (43) took up this position on 1st February 2020 and brings with him a distinguished record of success within the industry, since his graduation from Hotelschool The Hague in 1999.
read more

4 March 2019 — Penta®, the neighbourhood lifestyle hotel group, has recently announced the appointment of Elena Mukhanova as Corporate Director of Reservations. In her new role, Elena is leading and optimizing the global reservations office in the Frankfurt headquarters.
read more