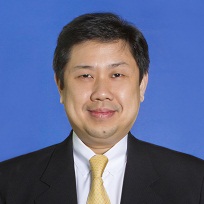 The flagship of The Peninsula Hotels is proud to welcome Mr Joseph W.Y. Chong as Area Vice-President and Managing Director, The Peninsula Hong Kong and The Peninsula Shanghai, effective 1 November, 2017. Mr Chong replaces incumbent Regional Vice-President, The Peninsula Hotels, and General Manager, The Peninsula Hong Kong, Ms Rainy Chan. Ms Chan has made the personal decision to go on a year-long sabbatical after carving out a distinguished 23-year career with The Peninsula Hotels, culminating in a landmark ten-year stint as General Manager at the flagship. Spurred on by a desire to explore opportunities beyond her professional remit, she has decided to embark on a sabbatical at this juncture in her career, with the aim to dedicate a significant portion of her time to giving back, supporting NGOs across Southeast Asia, as well as assisting local grassroots organisations in Hong Kong. Stationed in Shanghai since January 2009, Mr Chong began his tenure as Hotel Manager during the landmark property’s pre-opening, assuming the role of General Manager of The Peninsula Shanghai in 2011 and later promoted to General Manager and Managing Director of The Peninsula Shanghai Complex. A China hospitality veteran, Mr Chong joined The Peninsula Beijing (formerly The Palace Hotel Beijing) as Director of Rooms in 2000 and played a key role in leading the hotels’ first major renovation and rebranding exercise. In 2005, he was named Executive Assistant Manager, Rooms and was responsible for the entire operation of Rooms, including Front Office, Housekeeping, Spa, Club Floors and vehicle fleet, to name but a few of the business units under his remit. In 2007, Mr Chong was promoted to the position of Resident Manager at The Peninsula Bangkok, before taking up his role as Hotel Manager, The Peninsula Shanghai, in January 2009. He was instrumental to the success of both the pre-opening and launch phases of The Peninsula Shanghai. Originally hailing from Malaysia, Mr Chong began his career at The Regent Kuala Lumpur in 1989 in the Front Office and continued his development in various positions at The Regent Hotels in Bangkok and Jakarta, and also Four Seasons properties in Bali and Singapore. He is a Hotel, Catering and Tourism graduate of the Internationale Institute D’Hotellerie Et De Tourisme de Toulouse Pyrenees (Malaysia and France), and of the “General Manager Development Programme” run by the Kellogg’s Business School (US) and University of Science & Technology (Hong Kong). In addition, he is a Fellow of the Institute of Hospitality (FIH) (United Kingdom). Mr Chong has been appointed an Honourary Trustee of Raleigh China since 2011, a charitable organisation founded in the UK in 1984, aimed at helping young people grow into confident and active global citizens, making a difference to communities and the environment across the world. In addition, he is also Director, Steering Committee, of the Sir Horace Kadoorie Youth Development Foundation and a Trustee of the Library Project China Board. Mr Chong has been a founding Director of the Make-A-Wish China Board since its inception in 2016 and is an incumbent Vice-President of the Overseas Chinese Association Huangpu District, Shanghai. Active in Target Archery and Bow Hunting as a member of Royal Perak Archers & Shooters Club, Mr Chong is a devoted husband and father to a daughter and a son, aged 20 and 16 respectively.