Appointed Vice President and Head of Operations, India.
At Hilton in Gurgaon, India 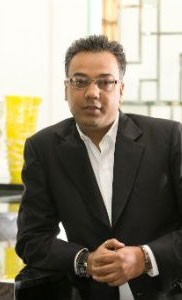 Khanna, who assumes his position next month, takes over operations from Andre Gomez, who will be moving to a new role elsewhere in the company. An Indian native, Khanna holds over 20 years of operations experience, including with both IHG and most recently Marriott International, where he managed Marriott's full portfolio in Bengaluru city as vice president, Bengaluru and general manager for the Bengaluru Marriott Hotel.
Hotelschools.com