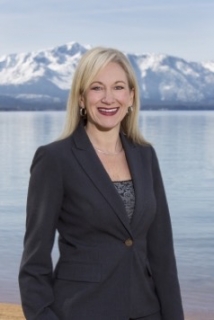 Edgewood Companies announced that Corinna Osborne will be Edgewood Tahoe"s new general manager. Previously the director of hotel operations, Osborne joined the Edgewood Tahoe team in May 2016 and was an integral part of the grand opening of the Lodge at Edgewood Tahoe. In her new role Osborne will oversee all aspects of the property including the resort"s food and beverage, three restaurants, and the storied golf course, which celebrates its 50th anniversary in 2018.

Osborne has more than 15 years of experience in the hospitality industry. Prior to joining Edgewood Tahoe, Osborne served as general manager of Horizon Resort and was part of the rebranding and opening for the Hard Rock Hotel & Casino Lake Tahoe where she was the director of non-gaming operations.

A native of Massachusetts, Osborne has made her home in Lake Tahoe since 2001. She is an accomplished hospitality professional with an extensive background in the hotel and food and beverage industry. She has held notable positions with Harvard University, MontBleu Resort Casino & Spa, and had a successful entrepreneurial premium catering venture that served the greater Lake Tahoe area.

Osborne said her vision includes creating experiences that go beyond the beauty of the property and deliver on a hospitality promise that offers a luxuriant level of service.

30 July 2020 — The iconic Edgewood Tahoe announced today that Jim Hindman has been named Director of Food and Beverage, where he will oversee the luxury lodge's three distinct dining destinations: Brooks' Bar & Deck, The Bistro and Edgewood Restaurant.
read more

15 August 2019 — Edgewood Tahoe, overlooking the pristine Lake Tahoe along the California - Nevada state line, has welcomed Siobhan Fajayan as its new Director of Marketing and Sales. Fajayan arrives at the lodge with nearly 30 years of experience in the hospitality industry, serving as Marketing Director at both Hard Rock Hotel Casino Lake Tahoe and Sands Regency Hotel and Casino in Reno, Nevada.
read more