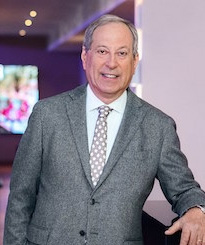 Daniel Roger joined the Fattal Group in 2006 and has been head of Leonardo Hotels in Europe ever since. The European Division, of the group, grew from one hotel in Munich, Germany, in 2006, to more than 130 hotels in over 75 cities and all under his leadership. As Managing Director, of Fattal Hotels Europe & UK, he will particularly focus on integrating the Jurys Inn Hotels into the Leonardo Group. Roger can now look back on more than 40 years of professional experience within international hotel chains. He holds degrees in hotel management from the former hotel management school of D.Speiser, at the Tegernsee in Germany, and from the hotel management school in Leysin, Switzerland. Daniel Roger lives in Berlin, Germany, and London, UK, is married and has 2 children.