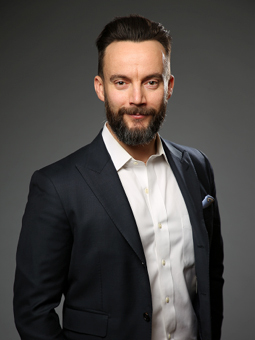 AETHOS Consulting Group CEO Keith Kefgen announced the addition of seasoned search consultant and talent advisor, Brian McCarthy as Managing Director. Based in Chicago, McCarthy has more than a decade of experience serving as a strategic partner to public, private, and venture-backed organizations, including global leaders in lodging, dining, gaming, cruise, and travel operations. The breadth of his business expertise is drawn from experience at both boutique and global recruiting firms, conducting searches for executive leaders and their direct reports. Prior to joining AETHOS Consulting Group, McCarthy led the Travel, Hospitality, and Leisure Sector for the FutureStep line of business at Korn Ferry. He regularly supports cross-functional search efforts and has placed transformative executives in Digital, Sales, Marketing, Operations, Human Resources, and General Management leadership roles. McCarthy began his executive search career as a consultant at Russell Reynolds Associates and was previously an advisor to the hedge fund and legal community. McCarthy attended Gettysburg College and received a Master of Science from the University of Illinois at Urbana-Champaign. 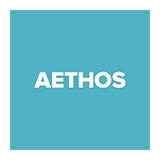 Hospitality consulting firm specializing in executive search, compensation consulting, business transformation and psychometric testing & surveys. We are a group of hospitality experts that value and embody • Global citizenship in our perspective and recommendations • Honesty and transparency in our communications • Open- mindedness and flexibility in our thoughts and conclusions • Resiliency in difficult times and situations • Humility and servant leadership in our dealings with others • Collaboration and the collective wisdom of groups • Innovation in helping our clients become market leaders • Hospitality in our lives and actions • Sustainability in our personal and professional endeavors • Optimizing every interaction with each other, our clients and communities.
more information
Recent Appointments at AETHOS Consulting Group

14 April 2016 — Based in Melbourne, Australia, Georgi joined the AETHOS team in 2015 with three decades of experience under her belt in hotel operations with Accor, consulting with E&Y, and asset management with Dubai Holding.
read more

11 August 2015 — Derek Walker, a recent graduate of Cornell University's School of Hotel Administration, Derek has spent several consecutive summers in both the restaurant and hotel arenas. He worked in the construction and facilities team at Shake Shack, as well as in the sales and marketing department at the Four Seasons hotel in New York and the worldwide sales office for Four Seasons Hotels & Resorts conducting business development with luxury brand clients.
read more