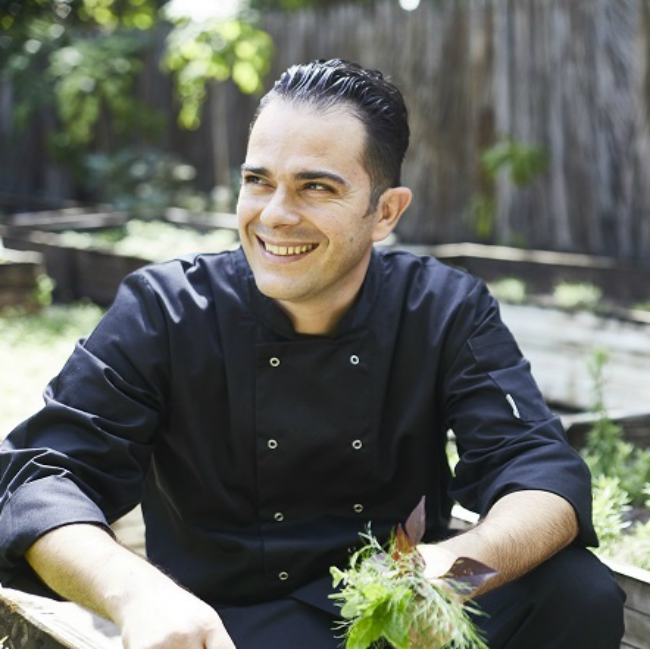 Chef Aldo joins the Gili Lankanfushi team in an exciting phase of the island"s gastronomic journey, as he spearheads developments in the resort"s restaurants, news of which will be announced in Spring 2018. Chef Aldo will oversee operations of the Main Restaurant and Gili Lankanfushi"s other dining destinations, By The Sea – a Japanese fine-dining restaurant specialising in exquisite sushi, Fini Foni – a poolside ice cream parlour and the Overwater Bar, in addition to destination dining experiences and in-room villa dining.

In addition to running the resort"s restaurants, Chef Aldo will be in charge of the island"s imaginative evening dining experiences, including Passage through India and Mediterranean Spice Souk, as well as the Gili Tasting Journey, a unique experiential introduction to the Gili Wine & Dine offering.

Hailing from Sardinia, Chef Aldo"s culinary passion started in his mother"s kitchen, helping her make fresh pasta, pastries and bread. His father reared pigs and sheep and taught him how to make prosciutto sausages and cheese, instilling the importance of food"s provenance from a very early age. Inspired by his upbringing, Chef Aldo continued his culinary journey and trained at the Hotel Institute in Arzachena, Italy. From there, he quickly moved up the ranks in some of the world"s finest restaurants from Hotel Cervo, Restaurant La Mola, Baia-Blu and Aqua in his homeland, and subsequently trained at Four Seasons Hotel Milan, Italy. From Italy, he went further afield to Japan, the UK and Russia, followed by his first two years in the Maldives at Four Seasons Hotel Landaa Giraavaru Maldives. From his first stint in the Maldives, he travelled the Middle East for two years, working at the Four Seasons Hotel Doha, Qatar and assisting with the opening of the Four Seasons Hotel in Saint Petersburg and Qasr Al Sarab Resort by Anantara in Abu Dhabi. Prior to joining Gili Lankanfushi, Chef Aldo was Executive Chef at Jumeirah Dhevanafushi, also in the Maldives.

Bringing a wealth of international influences and impeccable standards of service to Gili Lankanfushi, Chef Aldo looks forward to introducing sand oven cooking techniques to the island, the first of its kind in the Maldives, inspired by the subterranean cooking techniques he learnt in the Middle East. Chef Aldo will also continue to develop Gili Lankanfushi"s impressive Organic Vegetable Garden, one of the largest in the Maldives, to expand the raw, vegan and vegetarian options available for guests.

28 August 2017 — Gili Lankanfushi has announced the appointment of David Stepetic as General Manager. Over the past five years, the resort has set the benchmark for barefoot and understated luxury in the Maldives, with 45 sophisticated over-water villas and a serious commitment to sustainability.
read more

15 May 2009 — Born and raised in Penang, Betty has 17 years of hospitality experience with some international brands including Shangri-La and InterContinental. Prior to joining Hard Rock Hotel, she was Director of Sales at Parkroyal Penang.
read more
More from HPL Hotels & Resorts
Map
Advertisements
Never miss a story again
Sign up for the HN360 daily newsletter
Media Kit – Submit Content
Advertisement
Advertisements