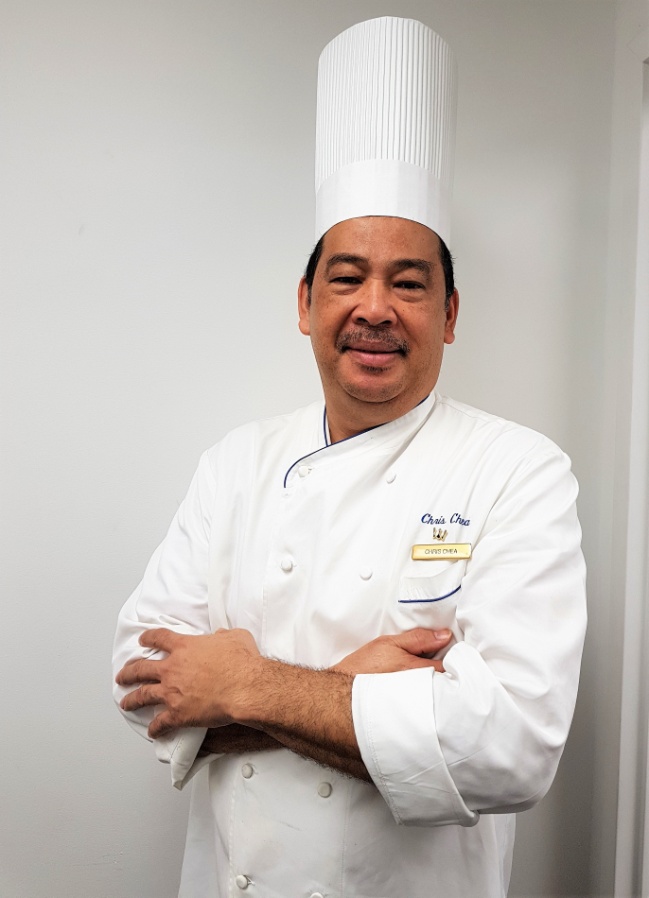 The adults-only, all-inclusive Warwick Paradise Island - Bahamas has appointed Bahamian Christopher Chea as the resort"s new Executive Chef. Chea brings 40 years of culinary experience and education to his role where he will be responsible for overseeing the operations, menu development and food preparation at the resort"s five restaurants.

Over his 40-year career, Chea has worked his way through the ranks starting as an apprentice cook and continuing onto Sous Chef, Executive Sous Chef, Head Chef and Executive Chef. He was also the owner of Chef Chea"s Corner Bistro which was opened in 2009. He worked primarily in Nassau businesses including most recently SLS Baha Mar Resort and previously M"Lord"s Restaurant, the Myers Group, Sheraton Cable Beach Resort, Cable Beach Resorts, and Radisson Cable Beach Resort. On Paradise Island, he has worked at Atlantis Resort and Paradise Island Resort & Casino. Chea served as a Chef De Partie at Le Boulestin, a private French restaurant owned by the chairman of Grand Metropolitan hotels in Covenant Gardens, London. He was also Chef De Partie at the Picadilly Hotel in London, England.

Chea began his culinary education and training at the Bahamas Hotel Training College where he participated in the Apprentice Cook"s Programme and earned his certificate. He attended professional development and management courses at Cornell University. He participated in a U.S. Meat sponsored tour of California where he learned to pair food and wines in conjunction with Modavi Sterling and Opus One wineries. He earned many certificates in different specializations and ultimately received his Executive Chef Certification in 2001 from the American Culinary Federation.

In 2001, he was one of nine chefs selected from the Caribbean by U.S. Meat Export Federation to participate in a training workshop. He toured the I.B.P. Beef Plant and John Morrel Pork Plant in Iowa and the Lettuce Entertain You Group Restaurants in Chicago. He participated in seminars in Asian and Mediterranean cuisine at the Culinary Institute of America, Napa Valley campus. He also toured wineries and restaurants in San Francisco and Napa Valley.