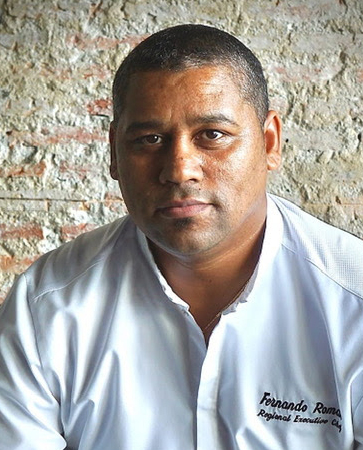 Thailand's SALA Hospitality has appointed Chef Fernando "Ferdi" Roman as Cluster Executive Chef. Chef Ferdi will manage the culinary creativity at sala rattanakosin, sala ayutthaya, and sala khaoyai. Chef Ferdi has over 18 years of experience. After graduating with a culinary degree in his native Cape Town - during which he trained in Denmark as part of a scholarship training programme - he began his culinary journey in the United States of America before returning home where he quickly rose through the ranks to executive head chef in five star hotels and award-winning restaurants.

He later returned to the U.S.A. for a stint in Florida followed by two years in Dubai before joining the pre-opening team of a hotel in Da Nang, Vietnam. Most recently, Chef Ferdi was the Executive Chef at Amari Watergate in Bangkok.

18 December 2017 — The Dutchman, who has been part of the pre-opening team since November 2017, joined SALA Samui Chaweng Beach Resort from The Avani Sepang Goldcoast Resort in Malaysia where he was GM. Prior to his stint in Malaysia, Erwin spent over a decade with Hilton Worldwide in South Korea, Nigeria, Thailand, Japan, and U.
read more
More from Sala Hospitality Group
Map
Advertisements
Never miss a story again
Sign up for the HN360 daily newsletter
Media Kit – Submit Content
Advertisement
Advertisements